Skip to content Skip to sidebar Skip to footer

Signs of an Inexperienced Contractor In San Francisco

Lack of Organization Of An Inexperienced Contractor

This can manifest in several ways, from messy work sites to incomplete or unclear contracts. An inexperienced contractor may not have a system for keeping track of tools and materials, which can lead to lost or damaged items. This can be frustrating for both the contractor and the client, as it can cause delays in the project. In addition, contractors may not have a clear plan for the project, which can result in confusion and frustration for everyone involved.

The client may not know what to expect or when to expect it, and the contractor may scramble to catch up. Poor organization can also lead to safety hazards on the job site, as tools and materials may not be properly stored or secured. This can create an unsafe environment for both workers and bystanders. If your contractor seems disorganized, it may be best to look for someone with more experience. An experienced contractor will have systems to ensure the project runs smoothly and safely.

An unprofessional appearance can be a sign of an inexperienced contractor. This may include wearing casual clothes to meetings, not being well-groomed, or having a messy work area. These things can make it difficult to take the contractor seriously and may indicate that they are not organized or professional. 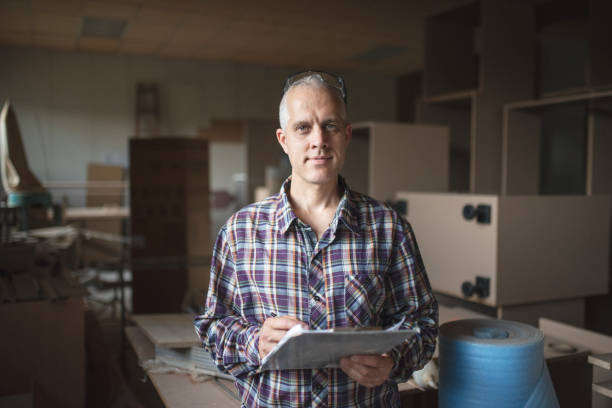 Poor communication skills are the most common signs of an inexperienced contractor. This can manifest in some ways, from not returning phone calls or emails promptly to not keeping the client updated on the status of their project. In some cases,  contractors may not be able to articulate their ideas clearly, which can lead to misunderstandings and frustration on both sides.

If you’re working with a contractor who seems to be struggling with communication, it’s important to try to be understanding and patient. However, if the communication difficulties are consistently causing problems or delays, it may be time to consider finding someone else to work with.

This can be concerning the timeline of the project, the budget, or the overall scope of work. A contractor may not have a realistic understanding of what it takes to complete a project, and as a result, they may make promises they cannot keep if you are considering hiring a contractor. What to expect regarding timelines and budget.

The contractor lack training. Many times, these individuals have not had the opportunity to receive proper instruction on how to perform their job duties. As a result, they may make mistakes that could cost them time and money. In addition, an untrained contractor may not be able to communicate properly with you about your project: your part and theirs.

The inexperienced contractor and the lack of proper tools. New contractors often try to save money by using lower-quality tools or renting equipment that is not up to par. This can lead to several problems, including poor artistry and project delays. It is important to ensure that your contractor has all the proper tools and equipment before they begin work on your home. Otherwise, you may end up with a defective finished product.

signs of an inexperienced contractor. This can manifest itself in several ways, from not being able to stick to a schedule to taking on too many projects at once and not being able to complete them promptly. Sometimes, an inexperienced contractor may not even have a set schedule, making it difficult for homeowners to know when to expect work to be completed. This can be frustrating, especially if the contractor is working on a time-sensitive project.

Another common issue with contractors is that they often take on too many projects at once and cannot complete them promptly. This can leave homeowners feeling frustrated and disappointed. If you’re working with a contractor who seems to be struggling with time management, it’s important to have a conversation about it. Discuss your expectations and ask for a realistic timeline for the project. If the contractor is unwilling or unable to meet your expectations, it may be best to look for someone else who can do the job.

Unprofessionalism is one of the most common signs of a contractor. Unprofessional behavior can include being late to appointments or not showing up, arguing with customers or other contractors, or not following through on promises. This behavior shows a lack of respect for the customer and commitment to the job. Contractors may also dress inappropriately for the job site or use offensive language. But it can also be dangerous.

Shoddy artistry is one of the most common signs of a contractor. This can manifest in several ways, from sloppy painting to subpar carpentry work. Contractors may also cut corners to save time or money, resulting in inferior work. If you notice any shoddy craft, you must speak up and bring it to the contractor’s attention. Otherwise, you may end up with a defective finished product that doesn’t meet your expectations.

In conclusion, there are a few key things to look for when determining if a contractor is inexperienced. These include a lack of organization, unclear or incomplete contracts, an unprofessional appearance, poor communication skills, and making unrealistic promises if you come across a contractor that exhibits any of these qualities.

Sprinkler System Installation – What You Need to Know

Lighten Up! The Benefits of Installing Skylights

To provide a variety of construction services, general contractors in San Francisco can also help you remodel your home. With these professionals, you can add more living space and modernize a dated property.
© 2022, All Rights Reserved.
Recommended Posts
Site Directory
Contact Us
+1-415-373-1658
[email protected]
X